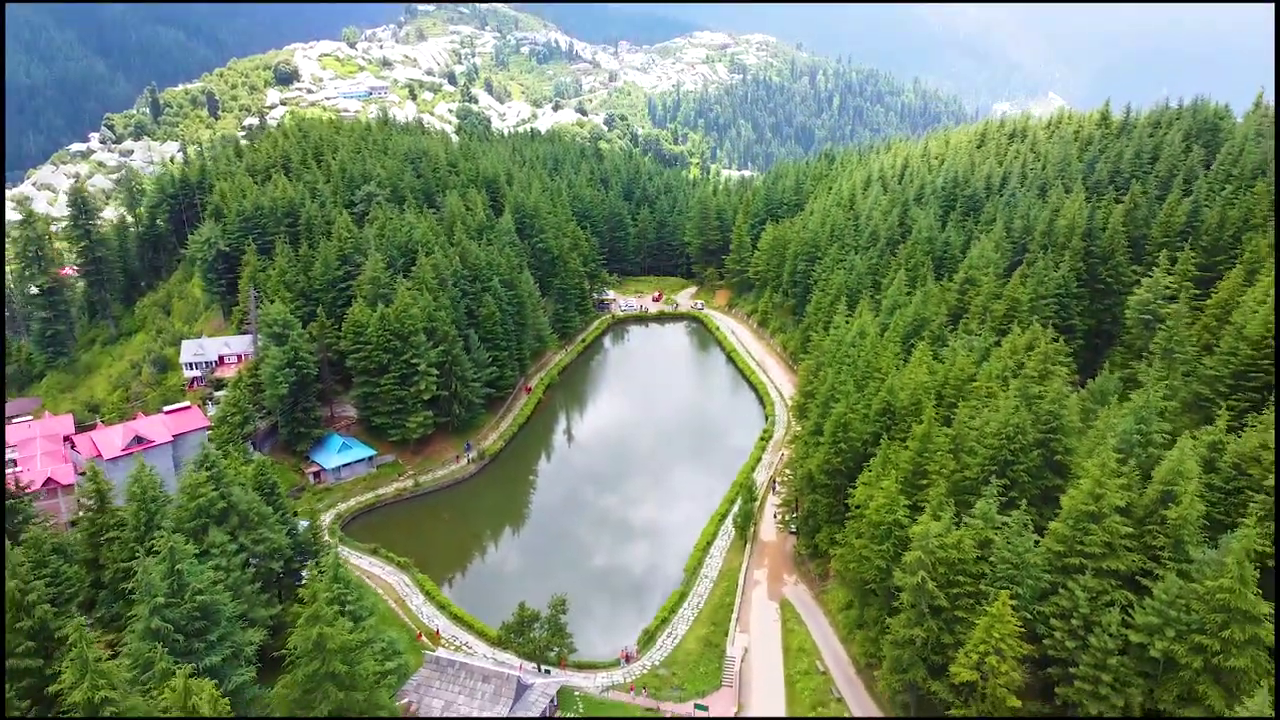 Tani Jubbar Lake is situated at a distance of 70 KMs from Shimla towards Thanedhar, Kotgarh.  The place is 12 kms from Narkanda. It is a small artificially water fed oval-shaped, shallow mass of water that is more of a pond than a lake. It is encircled by a paved pathway, beyond which are gentle slopes covered with Blue Pine and Spruce trees. It is located in a fascinating place where one can spend some picnic time.  The entire area around the lake is enclosed by a thick forest of cedar trees.  During a clear sky one can see the snow covered peaks in the far distance which is enchanting.  There are open spaces near the lake where adventure travelers can pitch their tent and spend the night under the stars.  There is a small village near Tani Jubar and a school with a big open ground.

Tani Jubar lake is famous for the ‘Nag Devta’ temple, where the locals offer prayers to the serpent god. The colorful fair of Tani Jubbar is celebrated annually at Tani Jubbar Lake.  Local people and the Deity attend this festival wearing colourful traditional attires.

Another place worth a visit is the famous Thanedar village about 20 kms from Narkanda.  Thanedar is a hill station, far from the maddening crowd.   This is the place where the apple farming revolution in Himachal Pradesh started.

Who was Samuel Stokes

Samuel Stokes, was an American, who came to India in 1904 in search of spirituality.  His search brought him to Himachal Pradesh and he liked the place very much and started social service initially among lepers.  He later married a local Rajput girl and started to give apple-farming a try. The first apple sampling was brought by him.  He brought a sapling of the red, deliciously sweet variety of apples from Philadelphia and planted them in Thanedar.  And the rest, as they say, is history.
Samuel Stokes who later on converted to Hinduism and named Satyanand Stokes also participated in the India’s freedom struggle and was jailed by the British India.  Unfortunately he died a year before India gained independence in 1947.

Next place of interest is Narkanda, situated at an attitude of 2708 meters on the Hindustan Tibet road ie NH-22. It is an ideal retreat for the tourists who seek seclusion in mountains.  From  Narkanda one can have view of the magnificent snow lines.  Narkanda is also famous for apple orchards, dense forests and also skiing.

When in Narkanda, why not visit the famous Hatu Peak which offers spectacular views of the undulating meadows, snow clad mountainss, valleys and apple orchards.  One can have a glimpse of a number of peaks, the Kinner Kailash, the Srikhand, the Kullu ranges and in fact the entire Himalaan ranges.  On top of the hill, ancient Hatu Mata temple is located.